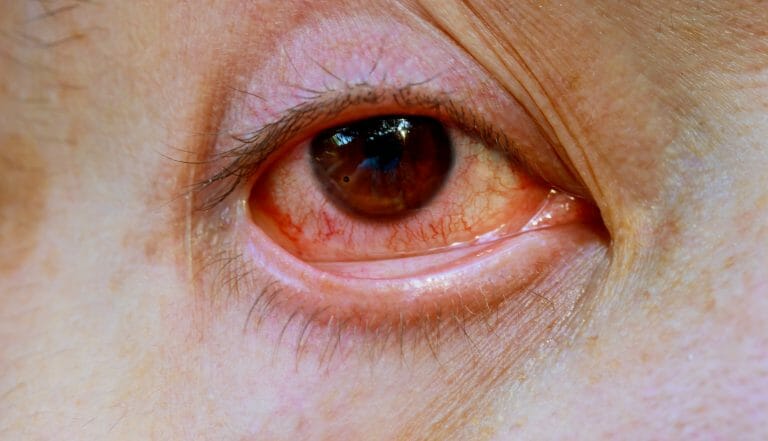 Eyes are a little more than the window to the souls as they are also the window to your health. The eyes are one of the most sensitive organs of the body. They show whatever is going on in your body. Change in the eyes can be a sign of various health problems like diabetes, retinal detachment, stress, and vision problems. Most of these changes are visible enough that you can see them yourself, and other people notice them as well.

Here are several things that your eyes tell about your body and health and how you know when it’s time to schedule an appointment with your doctor.

White Spots on the Cornea

If you wear contact lenses instead of glasses, look out for white spots on the cornea. The cornea is that layer of clear liquid over the front of the eyeball. These white spots are quite common in people who use contacts, and it can be a sign of corneal infection.

Eye Twitch can be one of the signs of stress. Twitch of the eyes does not concern as much as it is annoying. It does signal that you need to get some rest and do something about your stress levels. Usually, blurred vision means you need vision correction with glasses. But, it can also be a sign that you have a serious illness like diabetes. Your eye doctor will tell you after a check-up whether the blurred vision is because of a problem with the eye itself or it’s because of diabetes.

A report found out that 73% of the diabetics from the patients examined had blurred vision. Even if a diabetic patient does not have any vision issue, an eye doctor can detect diabetes by examining the eyes.

A White Ring Around the Iris

If you see that there’s a white ring developing around the iris, it is time that you visit your eye doctor and your regular doctor for a check-up. Usually, this color change is a sign of aging, but it can also be a sign of high cholesterol levels in your body. High cholesterol and triglycerides mean you are at the risk of stroke or heart attack.

Untreated high blood pressure not only increases the risk of strokes and heart disease but also harms the blood vessels in the retina, which is known as hypertensive retinopathy. You won’t see the effects in the mirror, but your eye care practitioner will spot these damaged blood vessels during an eye exam. Therefore, you must stick to your appointments and visit your doctor every year. If your eyes remain dry most of the time and the skin around them appears to be worn and tired, you might be rubbing them too much too often. Rubbing eyes often or too hard can make the eyelid more relaxed, which makes them loose and saggy. If the eyes sag too much, it only makes them wrinkly but also increases exposure to air, making the eyes overly dry. Moreover, it also increases the risk of seasonal allergies and itchy eyes.

Eye floaters are those little specks that you see moving around in your field of vision. They are quite common, but they also shouldn’t be dismissed. A sudden increase in floaters could signal an eye problem called retinal detachment or tear.

Puffy and red eyes do not necessarily mean you have an infection. It can be just a symbol that you are tired and you need to sleep. Lack of sleep can twitch the eyes as well as it can make them red and irritated.

Yellowish Bump or Patch on the Whites

The yellowish bump or patch on the whites appears a little to the side of the iris. It is called a pinguecula. They appear in the eyes of the people who spend too much time in the sun. They are the same as a callus on the skin. Wearing sunglasses or special kinds of lenses can protect the eyes from sun damage.

Sometimes, this bump is pre-cancerous, but that is rare.

Yellowing of the Eye

Yellowing of the eye like old paper is a warning that something is not right inside your body. Usually, it is a sign of Jaundice, resulting in the increased quantity of bilirubin in the blood. Bilirubin is a yellow compound that comes out when the red blood cells break down. It is the job of the liver to filter it out. Therefore, jaundice is a disorder of the liver. When the liver doesn’t filter it out, it builds up in the blood and causes yellowing of skin and eyes.

Other infections like hepatitis, overconsumption of alcohol, or blockage of bile ducts like cancer or gallstones can also be a cause of yellowing of the eyes.

Ironically, watery eyes can be due to dry eyes. The eyes generate tears as it tries to make up for being too dry. It is common in people who spend too much time in front of screens,

Broken Blood Vessels in the Eyes Broken blood vessels, for the most part, are an indication that you are putting too much strain on your eyes. Though they look horrible, they are harmless and do not mean you have an eye disease.

Cash On Delivery
pay when you get your order

Shipping
all over Pakistan

Lenspk.com brings you a wide range of Contact Lenses right at your doorstep. We offer both plano as well as power contact lenses. We offer Authentic brand products including Bella, Solotica, Freshlook, Aryan, Dahab and many more! We are dedicated to providing you with a simple, hassle-free way to buy contact lenses in Pakistan.