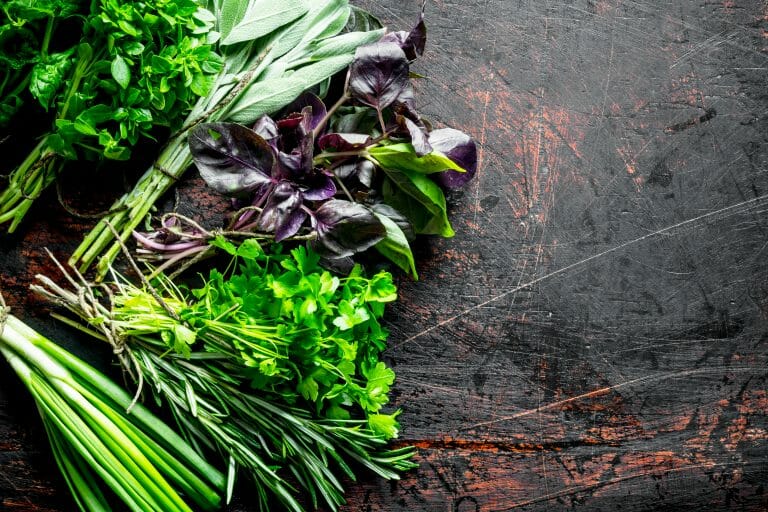 Your eyes are one of the most sensitive and crucial organs of your body. Sometimes they encounter problems ranging from minor symptoms like redness and mild irritation to serious issues that can result in a complete vision loss.

Here is a list of herbs that have been proven to be beneficial for eye health. You can use them whether you want to maintain a healthy vision or get it back.

The name indicates the ancient belief in the ability of eyebright to treat the eyes. Eyebright is so named not only because of its properties to cure eye problems but also because of its flowers as they resemble eyes.

Studies have found that eyebright can be used to relieve itchy or red eyes and eye conditions like conjunctivitis. In one of these studies, 12 general eye care practitioners and ophthalmologists administered one dose of eyebright eye drops to patients suffering from inflammatory or catarrhal conjunctivitis. 81.5% of the patients were completely recovered, and 17%  of the patients showed clear improvement.

Ginkgo Biloba has been used to cure problems related to the eyes and central nervous system for centuries. It is known to be a selective cerebrovascular dilator. It increases blood circulation at the back of the eye. Moreover, it can also be used to improve glaucoma and macular degeneration.

Scientists in Korea conducted research on ginkgo Biloba in 2012. They studied its effects on the visual function of 332 people having normal-tension glaucoma. Many of the patients showed improvement in visual acuity along with the improvement in visual field tests or mean deviation. It became evident from the study that Ginkgo Biloba is beneficial for glaucoma and several vascular disorders.

The saying that “the eyes are the windows to the soul” is famous, but herbalists also believe that the eyes are the liver’s windows. Blurred vision and weak eyes can signal the malfunctioning of the liver. It can be maintained that what is bad for the liver is also bad for the eyes.

Though milk thistle and its main active silymarin are famous for their valuable properties for liver support, they have also been proven to be good for the eyes, The liver has a deep connection with the eyes as glutathione and fat-soluble vitamins are stored here that is responsible for aiding in repair any damage to the eyes.

Studies have found that silymarin contains aldose reductase, which plays an important role in sugar deposition in the eyes of people with diabetes. By effectively reducing sugar levels and fighting free radicals in the eyes, milk thistle not only protects the liver but also promotes proper eye care.

Fennel is considered to provide some strength and relief to your watery or inflamed eyes. In addition to these minor problems, raw fennel or fennel tea, if used as an eyewash, can also aid some serious conditions like glaucoma and cataracts.

A study conducted in 2008 tested extract of one drop fennel aqueous seed for its effects on patients with glaucoma. It showed a significant reduction in intraocular pressure, which proved the fennel’s ability to cure glaucoma. The culinary spice saffron, like fennel, has been proven to improve eyesight. It also has cataracts curing properties.

In one of the researches conducted in this regard, all the patients who were given a dose of saffron reported vision improvements. The results of this study hailed saffron as a potential medication for preventing loss of eyesight among the elderly.

Another study on saffron found that it improves retinal sensitivity in patients that have macular degeneration. Dark circles around the eyes and puffiness of the eyeballs can be embarrassing.  Soaked tea bags placed over the eyes can be effective in reducing fluid and swelling around the eyes. Green tea contains high levels of tannin and antioxidants. The black tea contains caffeine, which can help in shrinking the blood vessels to reduce swelling around the eyes. The tannin found in the tea is known for its astringent properties that can help in reducing the dilation of blood vessels and capillaries under the eyes that cause the occurrence of dark circles.

Some studies show that green tea contains powerful components that are good for a healthy liver and heart. Green tea has nutrients like Vitamin C, Vitamin E, lutein, and zeaxanthin proven to be effective for enhancing eye health.

British pilots of WWII claimed that eating the fruit of the bilberry bush improves their night vision. Bilberry is generally considered to be beneficial for eye health as it contains high anthocyanosides. These are powerful compounds that have antioxidant and anti-inflammatory effects.  This herb is also beneficial in eye problems like macular degeneration, retinopathy, and retinal inflammation. It is also thought to be good for microcirculation, blood flow in the smallest blood vessels.

According to various studies, anthocyanosides increase the production of pigments that allow the eyes to adjust according to lighting changes. Also, it has more antioxidant power than vitamin C and vitamin E. It contains bio-flavonoid content that helps eliminate undesirable toxins in the eyes. Turmeric has hundreds of health and medicinal benefits. One of the benefits is its beneficial effect on the eyes. It reduces the oxidation of the eye lenses, which in turn improves eye health. Oxidation of the lens has been proven to be one of the major causes of many eye problems.

It contains curcumin that has anti-inflammatory properties, which makes it effective in reducing inflammation that is related to dry eyes. Goldenseal has antibiotic, astringent, and anti-inflammatory properties. It is considered to be good for enhancing eye health. Its eyewash can soothe various eye irritations. It is said to be effective in treating infections such as sties, staph infections and trachoma that are caused by allergies.

It is regarded as one of the most effective in enhancing eye health. It is recommended for eye issues like cataracts, eye strain, macular degeneration, and diabetic retinopathy.

Cash On Delivery
pay when you get your order

Shipping
all over Pakistan

Lenspk.com brings you a wide range of Contact Lenses right at your doorstep. We offer both plano as well as power contact lenses. We offer Authentic brand products including Bella, Solotica, Freshlook, Aryan, Dahab and many more! We are dedicated to providing you with a simple, hassle-free way to buy contact lenses in Pakistan.

Start a Conversation
Hi! Click one of our member below to chat on Whatsapp
The team typically replies in a few minutes.
Whatsapp
Welcome to lenspk.com